Upgrading of the R72 road!

There is an old proverb: “Only he that has travelled the road knows where the holes are deep”

We as Kleinemonders, after all the years travelling to Port Alfred, know where the holes are deep – as someone once said, we are all PhD’s – Pothole dodgers!!

Fortunately, given another 3 to 4 years this would have changed.

Murray & Roberts have been appointed as contractors for the road construction and Gibbs Consulting as the consulting engineers. The road will be 7.4 m wide with a 3 m road reserve on each side of the road. Additional 3 m passing lanes will be provided at up-hills.

The road will be widened at the entrance to Kleinemonde and the Island to provide for turn-off lanes as well as provision for taxi bays at these entrances – no more parking in the road reserve to load passengers!!

Unfortunately, bridges will not be widened so “stop/go’s” can be expected where the roads enter the existing bridges.

Road works have already started on the section between the Shaw Park turn-off and the Fish River. From Kleinemode up to the Shaw Park/Light House turn-off construction will take place on the inland side of the existing R72. Most of the vegetation/bush has been cleared along this section and the fences moved. Milk Woods, as protected species, had to be removed in this section for re-planting.

An open pit quarry will be developed on the corner of Frik van Rooyen’s farm bordering the R72 and the Shaw Park turn-off. An area of approximately 700 x 600 meters has been set aside for this and has already been fenced off. According to geological test done this is the only area where suitable rock could be found for use during construction of the road.

Langenhoven, the celebrated Afrikaans poet and writer in his “”proverbs’’ said: “The shortest road is not necessarily the best road”.

However, once completed, the road to Port Alfred will not only be the shortest – but also the best!! 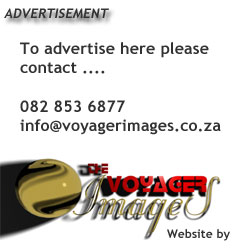